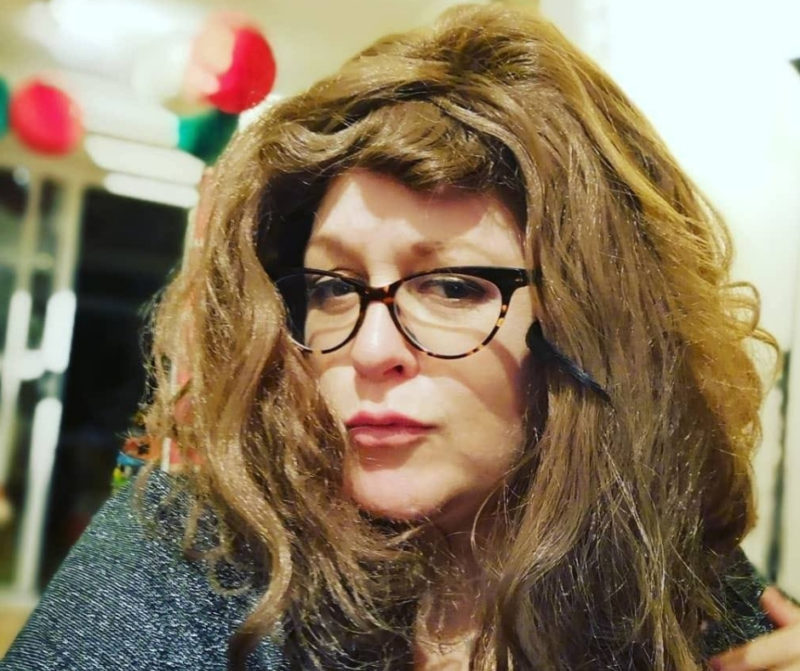 I must admit, that turning 40 did lead to a certain amount of maudlin and feeling sorry for myself at times (seriously, not one night of birthday drinks? Totally bitter).
A mourning, if you will, for my long-lost youth.

Recently though I’ve had a turn around.
I’ve given my head a wobble and had a moment of clarity.

Being forty is fabulous.

Yes my chances of travelling the world, having an amazing career and being famous are probably long gone, but I am so thankful that I’m not young these days.

I hear you cry

Why wouldn’t you want to be twenty years younger today?

Well, take a seat and I’ll tell you why…

Step 1 – See someone you like, flirt shamelessly. They either roll their eyes and walk away or stick around to chat.

Step 2 – Numbers are exchanged. Wonder if they gave you number to shut you up, that’s CLEARLY why they haven’t text after 12 hours.

Step 3 – Text arrives and is responded to. Make judgement based on how quickly a reply is received. Too quick, they are desperate, too slow and they maybe aren’t as interested as you think.

Step 4 – A few dates are had and either a relationship is formed or the decision to go no further is made and you head  back to step one.

These days it’s all done online – Tinder, PoF, Bumble, Grindr…they all sound like inappropriate Teletubbies to me.
You scroll through, choose a jet-setting model,  swipe right, message (aubergines don’t mean you’re having ratatouille for dinner) and meet up.
There is an 80% chance they look nothing like their heavily filtered picture (did you really think they had puppy eyes?) and can’t hold a spoken word conversation.

This is all too gritty for me.
I much prefer the oblivion of being disregarded in public rather than someone looking at my picture and physically rejecting me with a swipe.
The idea of chatting in a public are suits me more than messages where I can’t detect tone of voice or whether someone is genuine. Also, a bloke is less likely to wang his dick out in a crowded bar than in your DMs.

Specifically music (though my life feels like an abundance of mis-sent messenger messages at times).
After our car was written off we had to get a new one. The one thing we were sure to check was whether it had a DAB radio – after all, we’re cool like that.
It was only once we’d purchased the car we realised it didn’t have a CD player.
WHAT?!?

Being the modern sort, I knew I could hook my phone up to the car via Bluetooth – Excellent.
I just need to pop some CDs onto my laptop and transfer them to my phone, it couldn’t be easier.

What’s that you say?
My new laptop doesn’t have a disk drive?

How do you get music onto devices these days?
What was wrong with the drag and drop system?

I don’t understand what Spotify, Deezer or Soundcloud are, I just know I don’t want to pay a subscription for new music.
I want to listen to the CDs I own from the olden days (2010).

Luckily I have an old laptop so I can rip a CD, put it onto a flash drive, transfer that to my new laptop then drop it on my phone.

I THOUGHT TECHNOLOGY WAS MEANT TO MAKE LIFE EASIER!?

Now this one is both a blessing and curse.
Most women of a certain age will agree that we become invisible once we become post 40.
Literally no one is paying attention to us, it’s like we cease to exist. We could be saving puppies and old ladies left, right and centre and no one would bat an eyelid.

This may sound a little woe but bear with.

The plus side of the post 40 invisibility is that we can go to a bar knowing that no one is going to letch over us.
I’m not suggesting for a minute I was all that in my younger days but virtually all younger women receive attention from those looking for a mate.
Much of the time it is awkward, uncomfortable and unwanted.

These days, if someone started chatting to me in a bar there would be no chance of confusion or miscommunication. I would assume he was missing his mum or on a bet.

This nicely leads me into…

People see a post 40 woman and assume she has made it to the point they want to be at.
They assume that this is you on your chosen path, there will be no upheavals – no great career change. There is also no previous you who existed before this time now.
You are just there being a 40 year old woman. The expectations are pretty low.

When you’re in your twenties people have so many expectations.

Will you go to university?
What career path will you take?
You can’t bum around forever!
What do you want to do with your LIFE?
Do you think you’ll get married soon?
Will you have babies now or later?

So much pressure is put upon you to make a decision, ideally one that determines your life path for the next 50 years.
Once you ‘re post forty, people assume you’ve made all those decisions and are midway to your destination.
Truth is, if the destination is death then yes, I probably am midway there, but in all honesty?
I’m still just winging it.

I throw this in there as a woman of a certain age who still lacks self-confidence BUT I have it in abundance compared to in my younger days.
When you’re younger there is so much pressure put upon you about how you should look, what you should wear and what size you should be.
When I was in my late twenties I was a size 12/14. I thought I was SO fat… but what I would give to be that size again now!

Nowadays the only person putting pressure on me to look or be a certain way is me.
With age and maturity comes a realisation that you don’t have to please everyone else. You don’t have to conform to the ideals others impose upon you and you can be happy being who you want to be.

Though I would happily hand back a few creases that are appearing I wouldn’t hand back the things I’ve learnt over the last twenty years and I certainly wouldn’t want to be young today.

Why not head over to The Incidental Parent to check out her thoughts on being young again.

In the meantime, if you like it stick a pin in it! 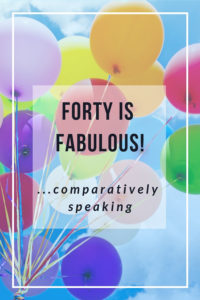 How Can You Prepare Your Toddler for School? 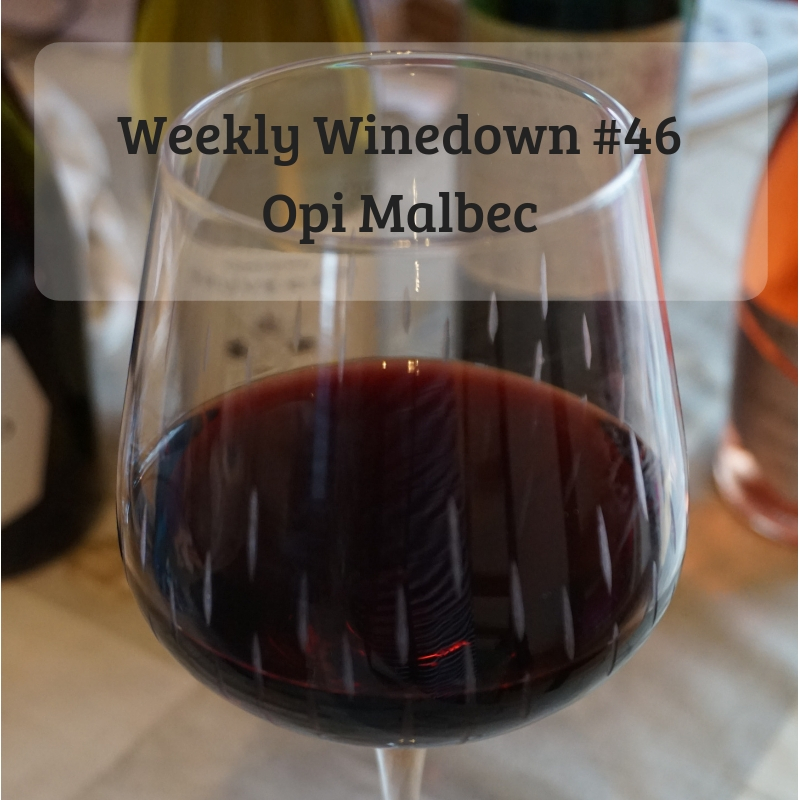 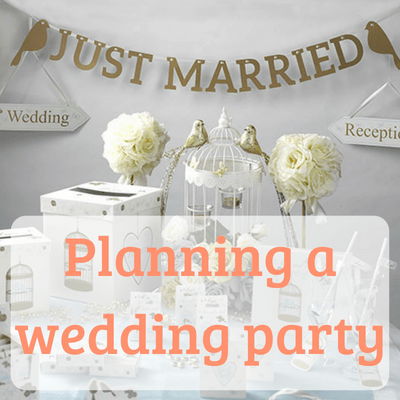 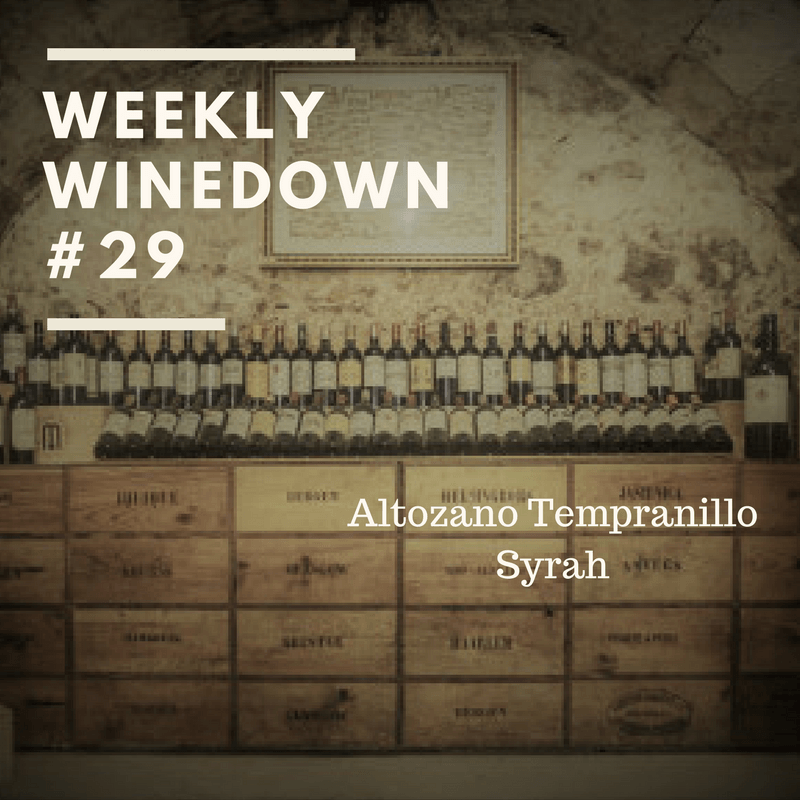