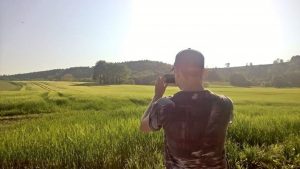 And now for something a little different….

Yesterday my friend called, would I be willing to use my blog to highlight a cause and put out an appeal?
“Why of course” I said.
So I introduce you to Karli who will take over for now….

Have you ever met somebody who has changed your life?
What if you could change someone’s life without even meeting them?
Recently an old friend from school got in touch with me via Facebook.
I say a friend, he was a boy I went to school with from the age of 11, I think it’s fair to say that we were pretty much invisible to each other. I knew him, he knew me, we lived in the same town but had different friendship circles and in the 18 years (feeling old) since leaving school our paths had never crossed.

He contacted me after chatting to my best friend who said “Karli is always out and about, if you are looking for someone to get out walking with send her a message…”
He did.
As a single mum of two gorgeous monsters I value my friendships with my whole heart. I have lots of great friends. I mean AMAZING friends.
Friends who say “you don’t need any more friends Karli, you have loads”.
Friends who pick me up and kick me up the butt when its needed. Friends who take my endless chit chat calls just so I can hear their voices. Friends who I rarely see, but when I do see we fall straight back into place and friends who allow me to camp out in their houses whilst my kids are off with their dad. The best types of friends!
I also believe you can NEVER have too many good friends. So when Rob contacted me I was happy to make a ‘new’ friend.

I loved hearing about his life and where he was now. I met him with my monsters in tow and he brought his pooch along too. He was very different to the boy I went to school with.
Firstly, he was now a man. A great man in fact!
Secondly, he had had quite the journey and was, at this time, recovering from a Cancer of the blood and a stem cell transplant.
He was RIGHT at the beginning of his second chance at life and he was embracing it with both hands!
New job, new lady, new dreams. Perfect.  He quickly became a valued friend to me.

I come from a family who have been heavily hit by Cancers. I have lost too many loved ones to it. I would have given a limb to give any of them a fighting chance to live, but that wasn’t how those Cancers were cured. It was never an option to do this.

Rob’s Cancer is, like many Cancers, brutal and aggressive, but there IS a way to fight it.
It doesn’t come with a 100% success rate, but it DOES give the host (Rob) a good chance of recovery. You see, because it is a blood Cancer, you don’t need to donate a limb, or an organ.
It is so much simpler than that, a donor simply needs to be registered and matched (you may register and NEVER be asked to donate).
If a donor is a match, stem cells are taken from the bloodstream in a really straightforward process using a needle. Science does the rest. It is all very straight forward for the donor and no more intrusive than giving blood.
It is the host who has to battle, a battle which carries with it the risk of fatality BUT is the ONLY option for a host who wants a chance to live.
Rob’s stem cell donor had saved his life, and I know he is eternally grateful for this.

In July 2016 the NHS announced that it was no longer routinely funding second stem cell transplants for blood Cancer, or blood disorder patients. For anyone who has received a stem cell transplant this was devastating
news. It meant a relapse wasn’t an option.

On 25th of February 2017, I met Rob and his beautiful lady for a coffee. He had just received an email from the Anthony Nolan charity confirming they had fought the decision and the NHS had now reversed their decision to give second transplants to patients who are eligible. Fantastic news.

On the 9th of March 2017 Rob received the news that his Cancer has returned.
I, like Rob; and everyone who loves him, was devastated. He has been well for 3 years.
BUT Rob has a plan!

Today, less than a week on from his new diagnosis, he is waiting for a bed to begin his second round of treatment and have his second transplant. His donor has come to the rescue again, and everything is in place.
Nothing is straightforward and there are no guarantees, but with the mix of science (and fate) he has the best chance of beating this again. I have always valued life but never more so my own, as I have since I’ve met Rob.

Rob has changed my life. 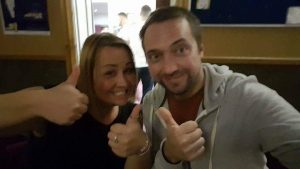 Until Karli spoke to me about Rob a few months back I hadn’t even considered stem cell donation,  I’d made sure years ago that my children and I were registered as organ donors so why wouldn’t I register as a stem cell donor too?
It literally to minutes to fill out the form, they sent a swab with instructions, I posted it back and BANG ready to save a life if required. Like a superhero.

Many people on the register aren’t called upon and for 90% of those who are it will be a straightforward procedure like giving blood. For 10% it WOULD be a small op to collect bone marrow. (Tell the kids the scar is from fighting ninjas, totally cool).
Anthony Nolan also advises that there is a shortage of male donors (who produce way more stem cells that women, so c’mon fellas, share!) and a lack of black, Asian and Minority Ethnic potential donors so spread the word!

Obviously there are some people who can’t register for various health reasons, these people are no less remarkable.

The Tale of Mummyhood

I'm not taking the p**s, it's an Illumibowl! 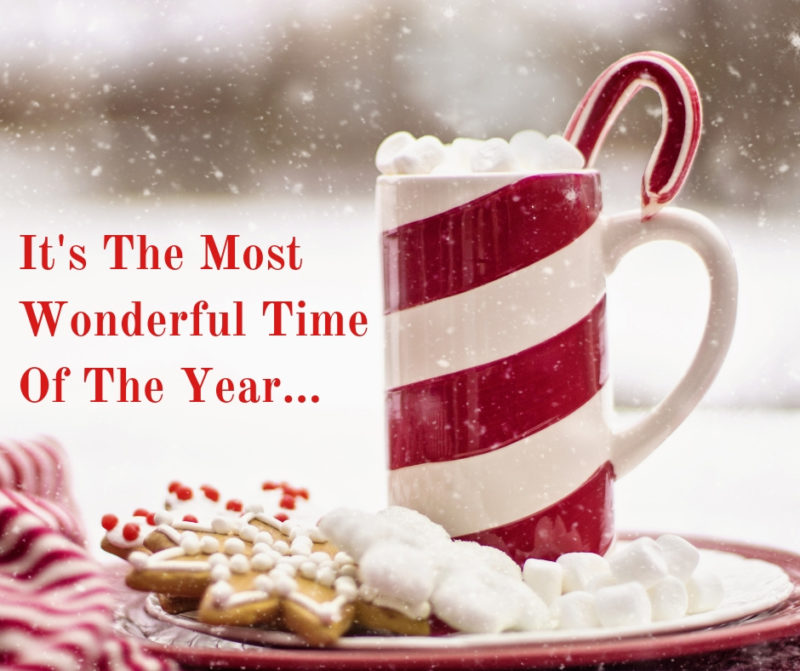 It’s the most wonderful time of the year… 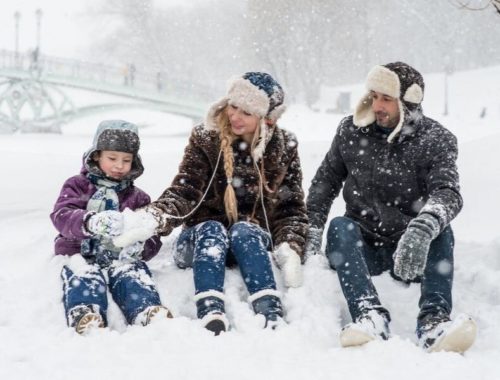 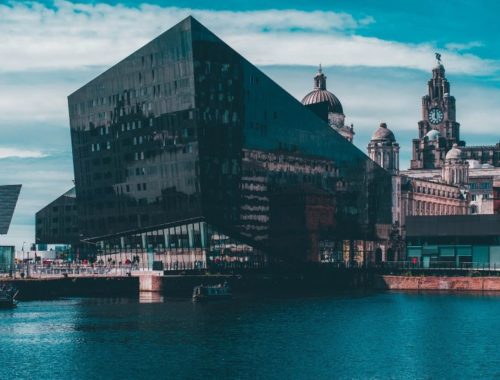 A Weekend in the City – Liverpool