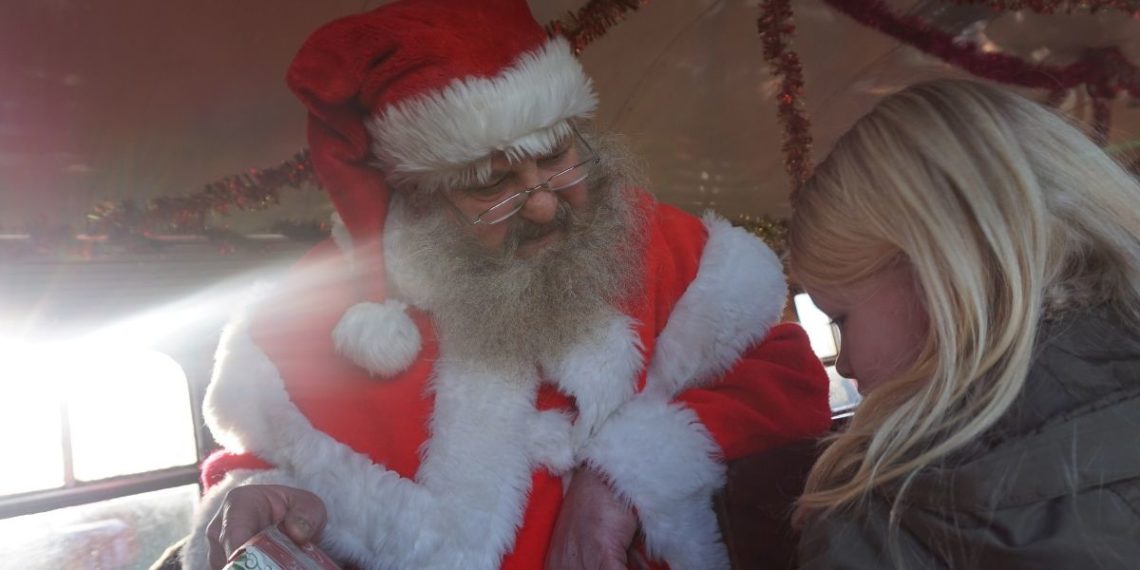 This is a review from a while back but all the up to date details can be found at the bottom of the post.

I like to start planning our Christmas activities in September. Some may say that’s too soon but I say it’s the perfect time to begin.

We usually like to make a weekend of it, enjoy a mini break and festive experience all at once.
Two birds, one stone and all that.
In previous years we have visited Disneyland Paris, Kielder Winter Wonderland and The Polar Express.

One of our favourites, that also has the added benefit of being pretty close by, was the Santa Special at Murton Park near York.

When we arrived at the museum there were helpers dotted all around, cheerily greeting every car and directing us where to park.

We entered the main building where we were greeted by Mrs Claus (and two very large and very friendly dogs) who took our payment and told us how the event worked.

The ticket price included a guided tour of Santa’s village and a short train ride with the man himself.

Bauble the elf was just starting his tour so we headed off on that straight away. I won’t divulge too much but we were led to Santa’s village (past the magic reindeer) where we saw the Elves who were midway through their General Elflections and campaigning. 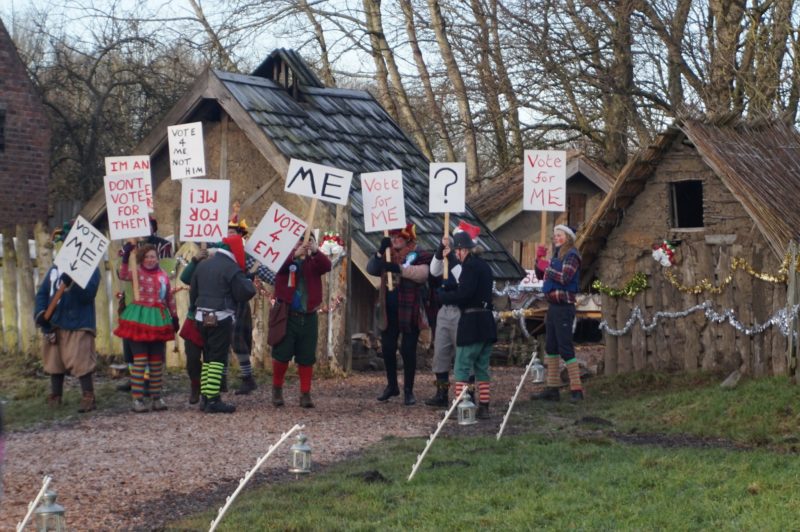 The show is topical, changes year after year and aims to entertain both adults and children alike.
It succeeds without being too ‘knowing’

The tour lasts about 30 mins and every effort is made to ensure that the children are at the front so the adults aren’t hogging the entertainment. 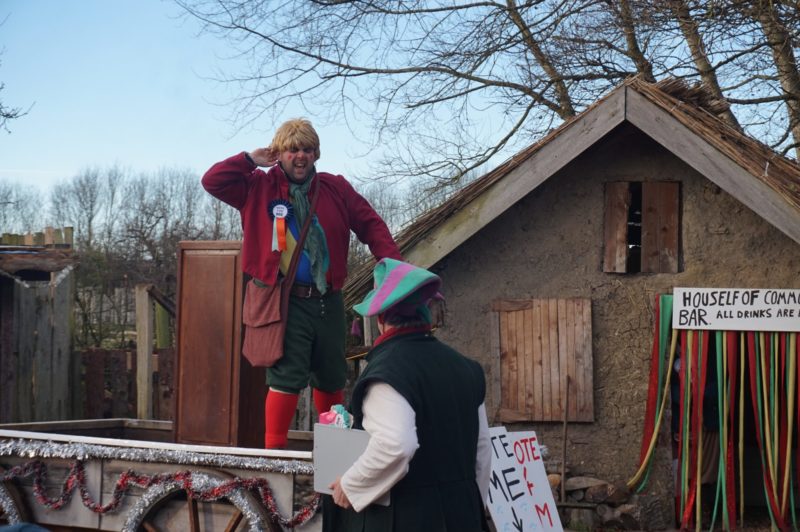 When we had finished at Santa’s village we headed to the station for our train ride with Santa. We handed the tickets, that include the age and name of each child, to the ticket master and waited 15 minutes for the train.

I’d advise to wrap up warm as Aoife repeatedly reminded us how cold it was.
Turns out I was right when I suggested she should wear more than shiny tights.
Always listen to your grown up, kids!

Everyone gets a seat on the train and the big man boards much to the delight of the children.
The ride is short, about 15 minutes down the track and back.
During that time Santa hands out presents to every child by name. 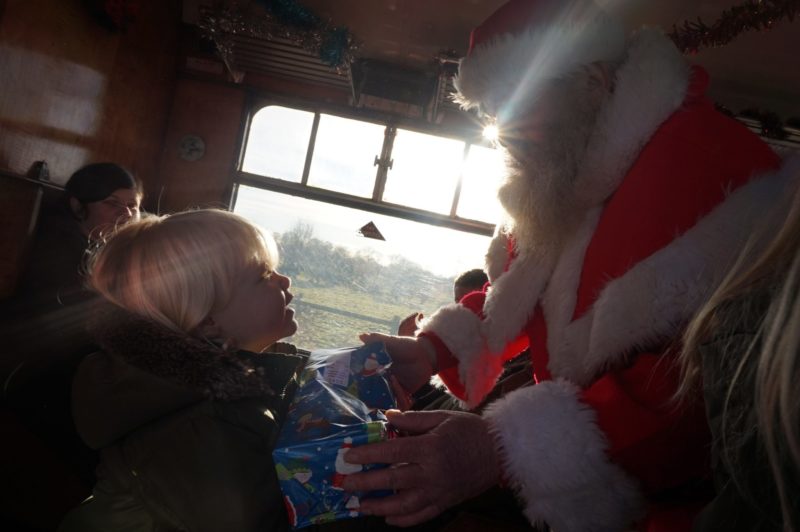 Once we disembarked the train there was a chance for every child to have a photo taken with Santa.
It was efficient but not rushed and a really nice touch.

We headed to the cafe where,  despite having a captive audience, the prices were fair.
We all had a hot sandwich and drink for less than £20.
Rory and I then enjoyed a snifter of sherry and a mince pie, included in the adult ticket price.
OK I had sherry and Aoife had my mince pie.
Good mummy. 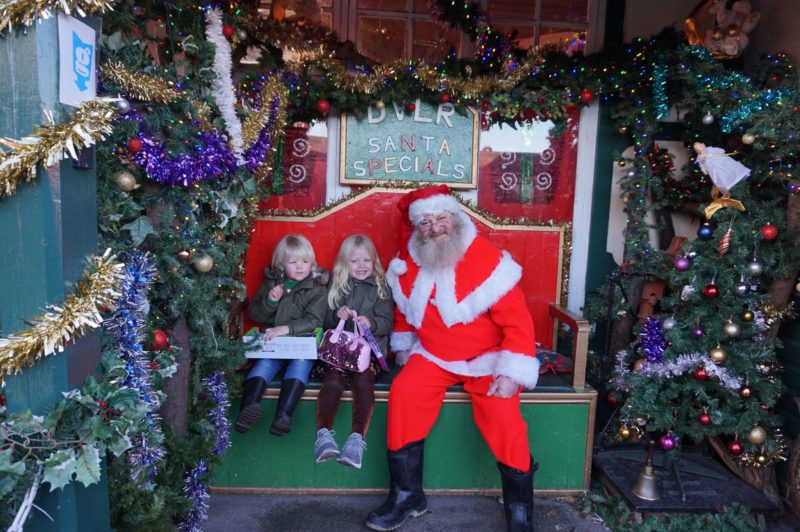 In the barn area there was a professional photographer on hand to take a festive picture,  a perfect for a present for grandparents.
Despite how ours turned out, they are well priced and come in a mount.
I’m sure your children will sit still, look at the camera and smile.
Unlike ours.

I’m going to hold my hands up and admit that, being a bit of a festive trip snob, I thought the event would be just OK but we loved our trip.

We all agreed we would go again.

Murton Park have made every effort to make the experience as safe as possible so it will run a one way system and ticket numbers will be restricted so book your ticket now.

You can find more information on the Yorkshire Museum of Farming Facebook page here and their website here.

You know when you're a long term girlfriend when... 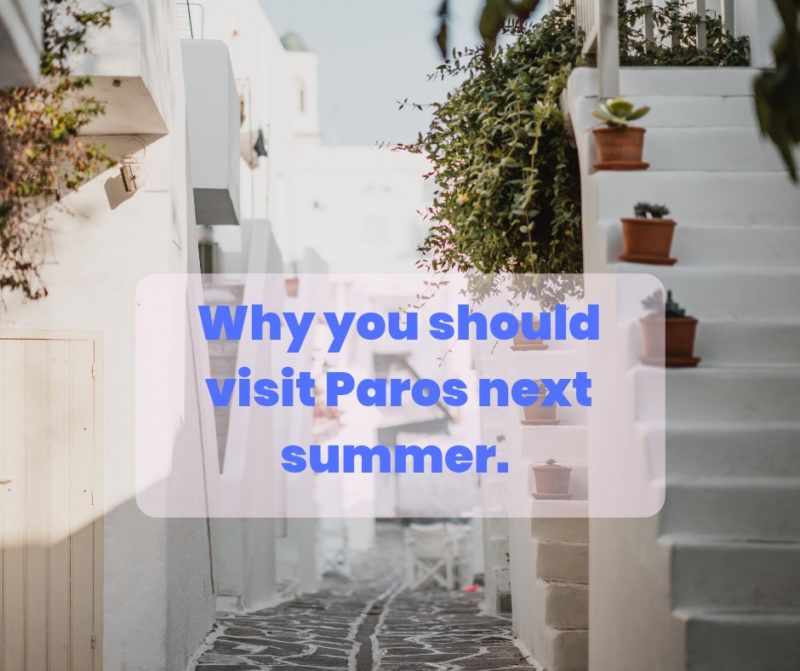 Why you should visit Paros next summer. 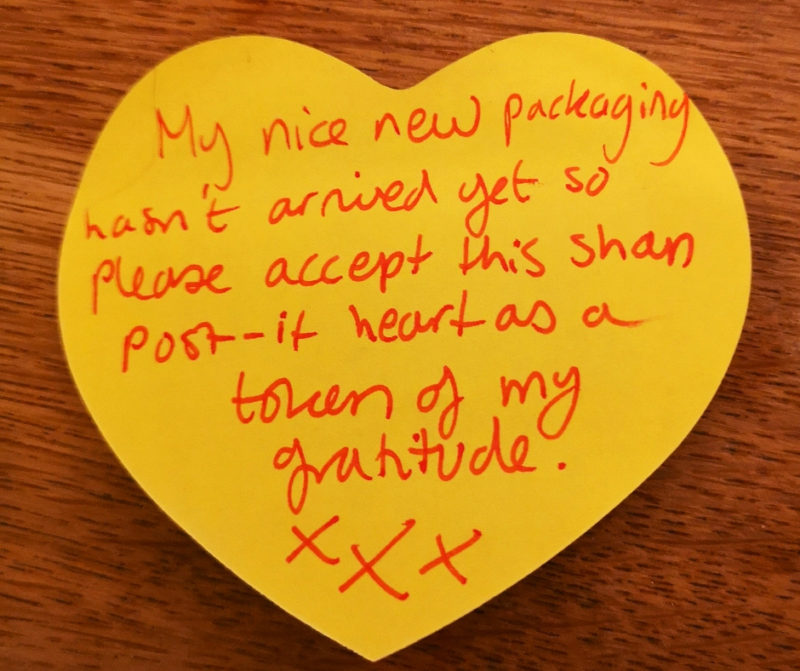 Talk Dirty (Northern) To Me 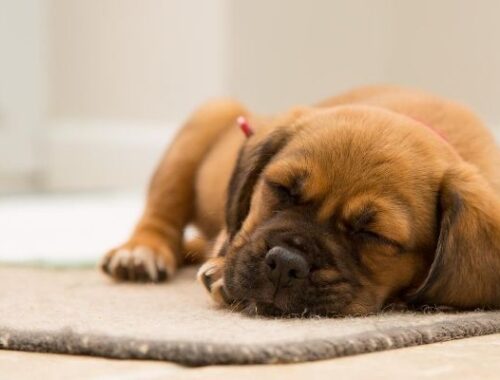 Help Your Kids Get to Sleep with these Top Tips