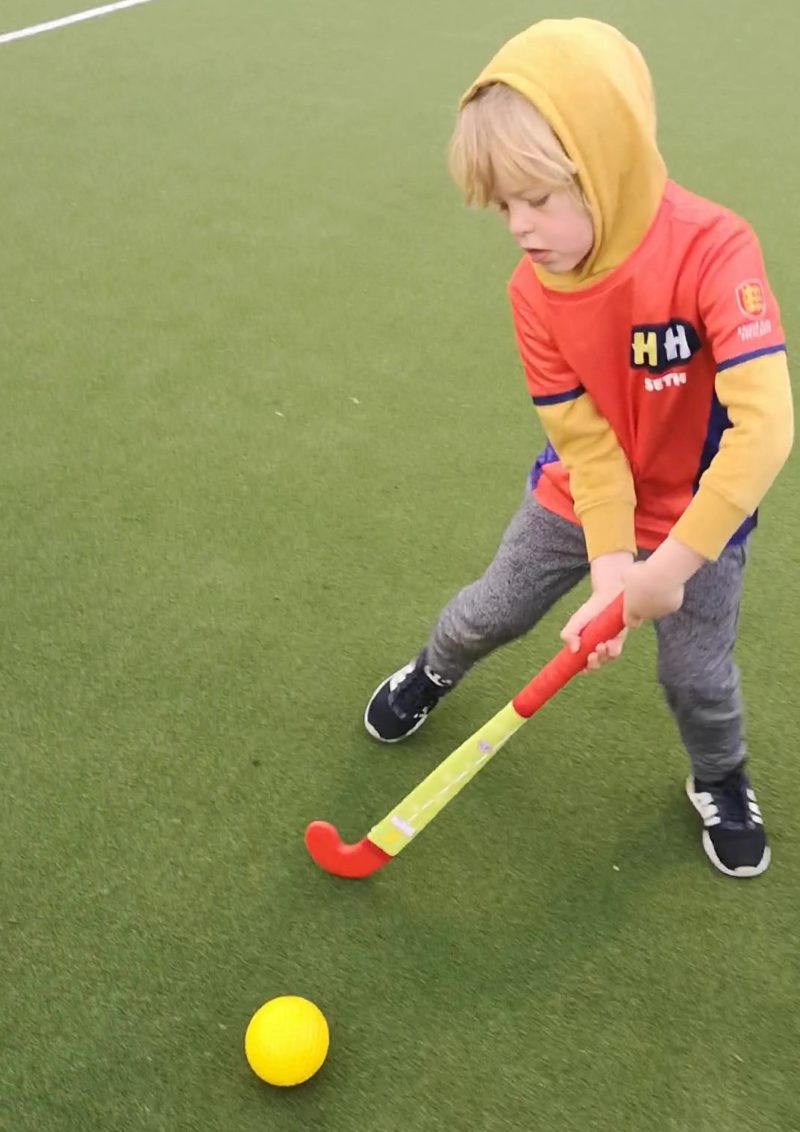 * This is a paid collaboration.

Recently we spent six, (mostly) rainy Sunday mornings at Adel Hockey Club, where the kids have been taking part in Hockey Heroes.

Neither of my two had played hockey before we were given the chance to review these sessions, and I’m going to be honest. Watching Seth swing his hockey stick with gay abandon around my living room, I wasn’t entirely convinced it was going to be the sport for them. Turns out I was wrong!

What is Hockey Heroes?

Hockey Heroes is a six week course aimed at 5-8 year-olds with no previous hockey experience. It is created to not only unlock the ‘physical’ powers of hockey like passing, dribbling and shooting; but also the ‘inner’ powers of the player – team work, respect and confidence.
To become Hockey Heroes.
The six week course costs £32 per child, and each child receives two hockey sticks, a ball and a personalised Hockey Heroes t-shirt. 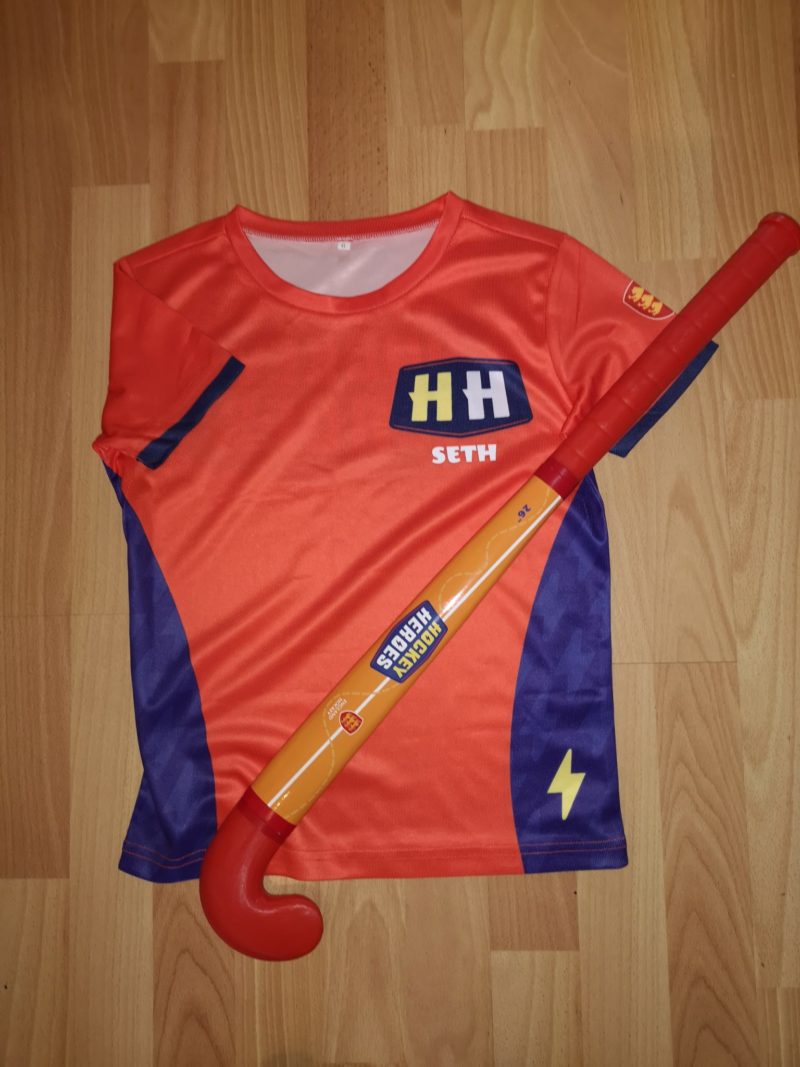 How does Hockey Heroes Work?

Each weekly session is an hour long, with accompanying grown ups encouraged to take part in the first 10 minutes of the session. Don’t worry, you don’t need to be a hockey pro, the first bit is just to work on dribbling and passing with your child, which is great because it gives them a chance to practice what they’ve been learning and you a chance to include yourself in their new interest. Each session focuses on one physical and one inner strength though all powers are connected.

At the end of each session, the children are rewarded with a sticker to place on their hockey stick and show their progress. 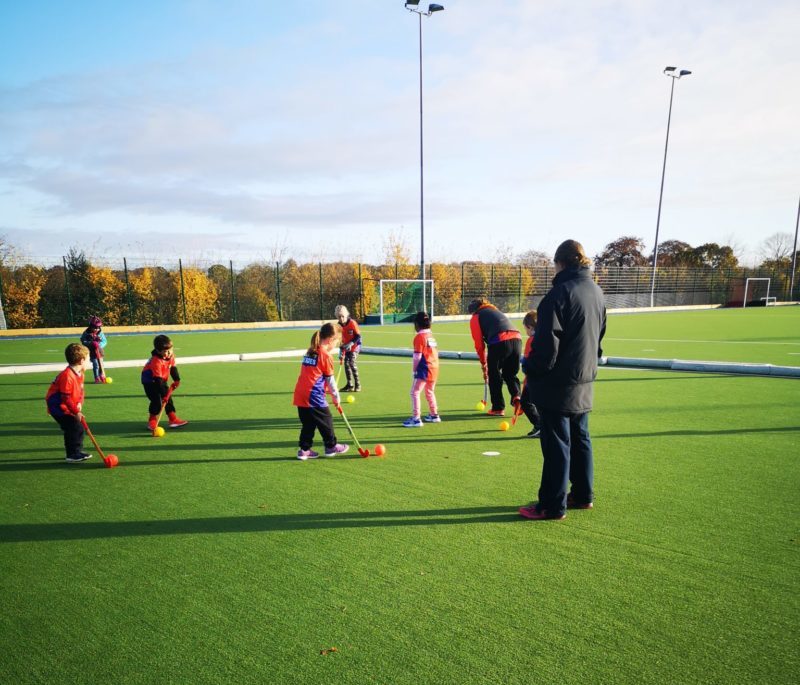 What we thought about Hockey Heroes.

Although getting out the house and onto the pitch for 9am was a bit of a scramble, our overall opinion of Hockey Heroes was positive. The leaders were clearly knowledgeable and skilled hockey players who were passionate about sharing their skills with the children, as well as encouraging them to be decent, supportive and confident team players. We were amazed at the progress of both kids over just 6 hours of sessions. Aoife did show an aptitude from the off, Seth not so much, but both came on in leaps and bounds.

The sessions were intimate, being limited to 12 children per session, split generally into teams of 3 for the majority of the exercises, which meant all the children got to fully partake and were given plenty of attention by the coaches. A lot of the learning was by stealth, with the focus seemingly being on devising their celebrations, with the passing, dribbling and shooting exercises being a route to an ornate stick or squeaker based routine being performed by the team who first fully completed the drill. 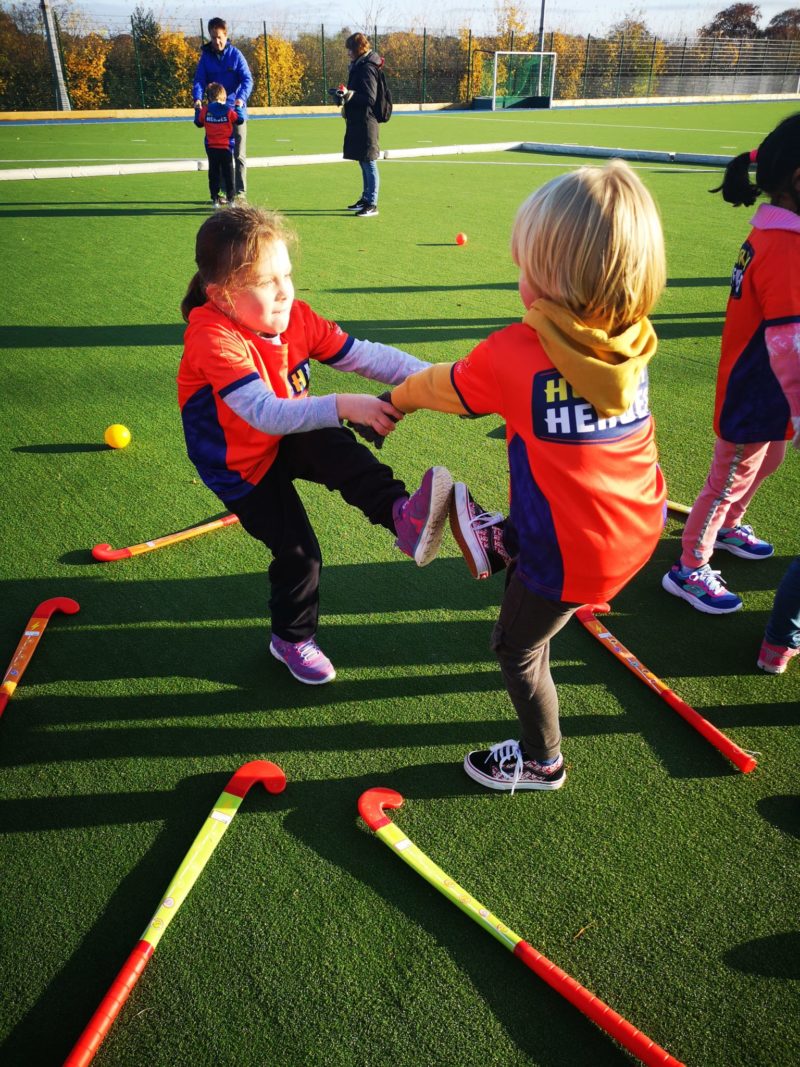 As mentioned above, the sessions are for those aged 5 to 8, and ours are right at each end of this. That might not feel like much of an age range, but Aoife was at least a head taller than the rest of the participants. We did worry she might feel a little out of place but the coaches catered really well and picked the teams accordingly so as to keep it challenging for her and her team (fewer team members, further distance to travel etc.) and keep her competitive nature satisfied.

Seth on the other hand was at the lower end of the age range, though wasn’t the youngest. The coaches put a lot of focus on helping him to hold his stick correctly, and once he had this (and accepted that the goalkeeper was allowed to stop his shots) he was away. There were a few of the younger children who were a little tired and emotional in some of the sessions, but the change in them by week six once they were comfortable with the basics and with their place in the group was remarkable, and testament to the ability of the coaches.

There was a lovely mix of boys and girls of different ages in the group which, coming at it as hockey novices, really did give the feeling that hockey is an inclusive sport catering for all shapes, sizes and levels of experience. Although Pam, the head coach, is a very experienced teacher, the key lessons of inner and outer power were delivered through fun exercises and the recapping of messages during the lessons. 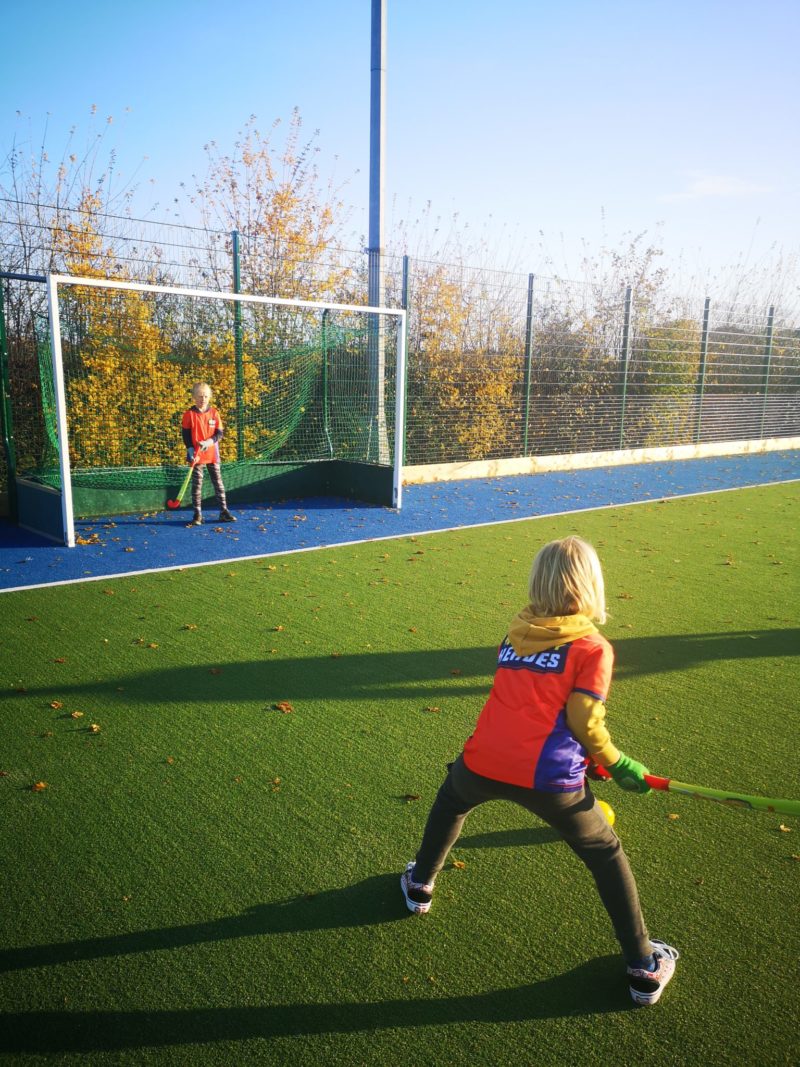 What they thought about Hockey Heroes.

“Hockey Heroes was brilliant. I enjoyed how well they put the sessions together, they weren’t boring. I learnt how good hockey could be and lots of great hockey skills. It’s a really good sport”

Both kids really took to Hockey Heroes and the improvement over the six weeks, both in skills and in confidence was impressive. The website does say that a second block of sessions can be booked for a reduced rate of £27 and they are both showing an interest in joining a hockey club for training!

Our local Hockey Heroes took place at Adel Hockey Club, the next sessions at Adel will begin in April 2020.

To sign up for these sessions, find your local club or find out more about Hockey Heroes, check out their website www.hockeyheroes.co.uk

5 Must Have Garden Accessories for a Family Garden! 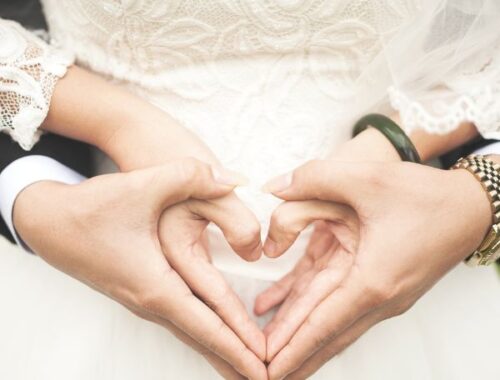 A Practical Guide To Choosing The Perfect Wedding Venue 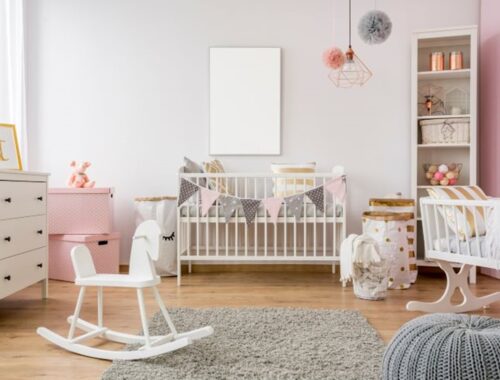 Decorating a Nursery? Five Ways to Get Baby-Ready on a Budget